Empress by Boon to Open June 18

The new Empress by Boon, the expansive Cantonese culinary destination spearheaded by Michelin-starred Chef Ho Chee Boon, located at 838 Grant Avenue is thrilled to confirm its grand opening on Friday, June 18, 2021.  In the space formerly occupied by the landmark Empress of China, the exciting new restaurant will celebrate the milestone with a private opening event. Empress by Boon will be opened Monday through Saturday from 5 to 10 p.m. and will serve a special opening prix fixe menu for the first month. 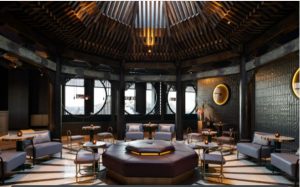 Empress by Boon will host an exclusive event to welcome local dignitaries and community members for a first look at the masterfully renovated destination.  Guests will enjoy a sampling of Chef Ho’s opening menu of Cantonese fare and refreshments from the bar.  A formal ribbon cutting will take place as well as Chinese cultural entertainment such as traditional lion dancing.

“Opening my own namesake restaurant has been a career goal of mine for decades and I’m very pleased that my dream has come to fruition here in the United States’ most historic Chinatown,” said Chef Ho.  “The delays this past year due to COVID-19 has only made our team more grateful to announce the opening so we can contribute to the revitalization of this beloved community.”

Chef Ho is a Michelin-starred chef with close to 30 years of experience at several of the world’s most renowned Asian restaurants, including his role as international executive chef of Hakkasan.  His international culinary expertise transforms any restaurant and its cuisine into a true epicurean experience. Chef Ho’s traditional techniques combine fresh ingredients from local purveyors to produce dishes that are both contemporary and with the essence of traditional Cantonese cuisine. 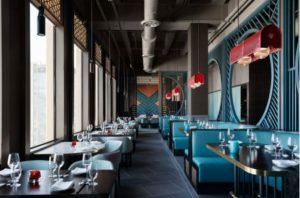 Before launching a curated a la carte menu, Chef Ho will present a prix fixe menu that features modern Cantonese dishes prepared with fresh and local ingredients from the restaurant’s own organic farm in Gilroy, California as well as an extensive wine list and cocktail and tea service. Anticipated dishes to be featured on the opening menu include Crispy Quail with 20-year-aged Huadiao wine, Steamed Shrimp with Kaluga Caviar, Clove Smoked Baby Rib with plum and lemon, and House Made Hand-Pulled Noodle with Enoki & Shitake mushrooms.

Empress by Boon is located at 838 Grant Avenue (between Washington and Clay streets).  The opening prix fixe menu is available for dinner from June 19 (Monday through Saturday, 5-10 p.m.) at USD68++ onwards and can be booked via www.theempresssf.com or by calling 415.757.0728.

To know more about Empress by Boon you may visit www.theempresssf.com 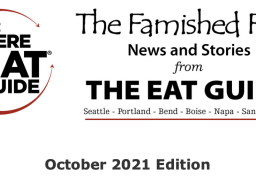 We are announcing the October 2021 edition of Famished Fork- The Eat Guide's monthly newsletter! It's fall, and we are getting ready for many events and some new content for you to feast your eyes on. It has always been our goal to create something beneficial for our partners, readers, and followers. This issue features some fantastic food articles focusing Continue Reading

Where to Eat Donuts in Portland, Oregon 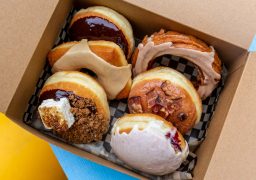 FILLS Weekly Portland Pop Up FILLS, which moved to its new Lake Oswego location in July, is launching a pop-up in SE Portland at its commissary kitchen (former Bar King Bakery, next to Loyal Legion), every Sunday from 10 am-1 pm, beginning Sunday, October 17th, 2021. Folks may pre-order a box of six donuts for $20 via the FILLS website, with little Continue Reading

Where to Eat in San Francisco this October! 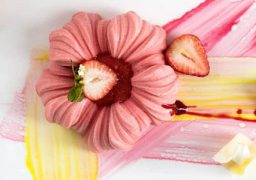 San Francisco is an unparalleled culinary destination. So there's no better time to experience all the incredible flavors the city has to offer than during 2021's Eat Drink SF and SF Restaurant Week, happening this October 15 to 24, 2021. Curated by the Golden Gate Restaurant Association, these simultaneous events offer visitors the chance to explore San Francisco through indoor and outdoor Continue Reading

Where to Find the Newest Rooftop Bar & Restaurant in Portland! San Clemente, found halfway between San Diego and Los Angeles, is the southernmost city in Orange County (O.C). According to the state register, San Clemente attracts two million visitors each year. People come to surf, spend time on the beach and enjoy the beautiful pier with the views of the blue California ocean. Also known as “The Spanish City by the Continue Reading