On a busy Saturday night, Ankeny Alley is bustling, lit up by a string of lights that hang above the short street in Old Town Chinatown. Revelers can party at Berbati’s, enjoy a notorious Voodoo Doughnut, or duck into District for a cocktail. But if they want to sit down for a hearty meal, the best way to do that is to open the door at the end of the alley – Dan and Louis Oyster Bar (208 SW Ankeny St.).

The historic seafood restaurant is one of Portland’s oldest continually open restaurants (open since 1907!), and boasts a heritage that will warm your heart as much as their “piping hot” chowder will warm your insides. The tale of five generations operating and expanding a thriving and beloved seafood business will intrigue and entertain you as you enjoy arguably one of the best seafood meals in town.

It all started in 1856 in Archsum on the Isle of Sylt, off the coast of present-day Germany. Nicolai Wachsmuth  and his two sons, Nicolai Jr., 18 and Meinert, 14, shipped off to sea to seek their fortunes. Nicolai, sadly, passed away after a series of unfortunate events, but Meinert traveled the world before setting into the oyster trade, working the schooners between San Francisco and the Oregon and Washington territories. Meinert eventually married and moved to Oystervile, Washington, and then to Shoalwater Bay to work the oyster beds.

Meinert’s son, Louis C. loved working in the oyster business with his father, prying open his first oyster at age five. When he was 26, Louis C. and his brothers headed to Portland to work in the big city oyster business, eventually opening the current location in Ankeny Alley. Louis became known for his “piping hot” creamy oyster stew and seafood cocktails. Louis C. married and had four sons, Louis A., Dan, Chester and Richard. Dan passed away of complications due to pneumonia at the age of 27, and was greatly missed by the growing family, many of whom worked in the family business.

In 1977 Louis A. and Chester retired, leaving the operation of Dan and Louis Oyster Bar to their two sons Louis J. and Douglas. In 1991, Doug bought his cousin’s shares of the restaurant, and continued to operate the business with his family, including sons Theodore and Meinert (Keoni), and their children. Keoni’s sons, Louis Kai and Dan Kaleo (along with sister Elizabeth Hana), will be the Dan and Louis of the new generation!

Dan and Louis would be a fantastic place to enjoy a meal with your co-workers, or to bring relatives when they are visiting from out of town. Enjoy a plateful of good old fried seafood or a classic seafood sauté in white wine and compound butter, with either accompanied by french fries, rosemary potatoes, salad or clam chowder.  Seafood options include true cod, oysters, prawns, scallops, calamari or clam strips. Choose one, two, three or enjoy all six with the Admiral’s Platter! Grilled specialties include Alaskan sockeye salmon, wild prawns, Ekone oysters, halibut or the land lover’s Culotte steak. Looking for lighter fare? Enjoy a Caesar salad with bay shrimp, chicken or salmon, or tuck into a clam strip or Cajun oyster po’boy. There are also fresh oysters on the half shell, fish tacos, salmon cakes, bay shrimp or Dungeness crab cocktail and smoked seafood.

The future is exciting for the Wachsmuth family, and for happy customers of Dan and Louis Oyster Bar: current renovations are underway to restore the storefront, adding windows along the east side, and dining areas that can be opened in warmer weather. In other big news, the Wachsmuth family will soon be adding a homemade ice cream window! Imagine swinging by and enjoying a delicious, preservative-free cone while enjoying the summer sunshine at Portland Saturday Market!

The experience of enjoying Dan and Louis Oyster Bar is as multi-generational as the restaurant’s operation. As Keoni explains it: “This is one of those places where parents bring in their kids, and then they bring in their kids. They can say that they are a part of this 100+ year tradition.”

Want to get to know the Wachsmuth family and support a great cause at the same time? Register for Dan and Louis Oyster Bar’s Second Annual Golf Tournament, which will take place on April 24th at 1 pm at Broadmoor Golf Course. The event is a benefit for New Avenues for Youth (NAFE), a support and advocacy organization that helps empower homeless and at-risk youth in Portland.

View all posts by: Merlin Varaday

Get You Custom Display Today!

Where To Eat Guide is an Oregon-based company providing direct target marketing for restaurants to drive hotel guests. Also known as "The Eat Guide," the company offers a valuable tool used by over 500 Pacific NW and Northern California hotels. In addition to hotels,  provide custom design display racks at no charge to high visibility tourism attractions such as convention Continue Reading

Where to Eat, Stay and Play in San Francisco This Fall 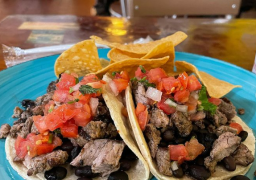 San Francisco has been one of the most visited cities in the United States for decades, enjoying high numbers of domestic and international tourists who eat, stay and play in San Francisco. This is due to its unique nature, beauty, culture, energy, and numerous other reasons. Just make sure you dress warmly as the City by the Bay is generally Continue Reading 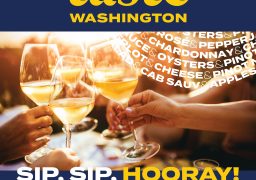 We love Seattle! Revisit Seattle's favorite restaurants, enjoy iconic downtown food and events, learn about the Annual CrabFest, and more this October!  There is so much to do in Seattle this October! So get out and enjoy the fantastic food, music, and more!   Make sure to dine out at the best local recommendations with The Eat Guide. Come for the Food Continue Reading

Where To Eat and Drink in Napa Valley This Fall

Napa Valley is home to plenty of restaurants, so you can enjoy fun and tasty meals without ruining your diet. It’d be nearly impossible to come to Napa Valley and not eat well. Given the natural affinity between food and wine, it’s only fitting that this world-class wine region would be home to several talented chefs and restaurateurs. From restaurants Continue Reading 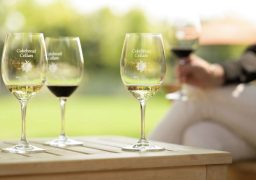 The harvest season is perhaps the most exciting time to be in Napa Valley! A unique and most-awaited season to experience is enjoyed by the community. Recognizing this particular time of year and the efforts of our winemaking team with an exciting new release - RISING STAR, a celebration of young vines and rising winemakers. Check out the wine events Continue Reading