Western culture has its share of iconic dishes that rank high in the must-have category. The United States has a long history of putting their spin on other cuisines, along with creating some American classics worthy of a place on someone’s bucket list.

In many ways, western foods are an expression of the people and their experiences.

Let’s take a stroll down memory lane and revisit some of our favorite dishes.

Though its precise origins are uncertain, nothing speaks of traditional American cuisine like the hamburger. Just ask the residents of Seymour, Wisconsin, who claim the honor as its home.

As for McDonald’s, we can only speculate how many they’ve sold. If you guessed over 300 billion, you’d be in the ballpark.

The world has a soft spot for Italian cuisine. It’s the epitome of comfort food—and it’s so darn good, too! The Windy City may be famous for its skyline and winning sports teams. Its greatest claim to fame is its deep-dish pizza.

Chicago didn’t invent this classic dish. However, some would say they perfected it with their riff on the Neapolitan version at the Pizzeria Uno.

A juicy steak is the epitome of American cuisine. You can’t find a more perfect slice of meat than an honest-to-goodness supper club prime rib. The restaurant is a classic American tradition that goes back to the 1930s.

True prime rib is a standing roast with seven pieces. Unlike other cuts of meat, simplicity is king when preparing it. The traditional accompaniments are grated horseradish and au jus, the French term meaning, “with juice.” Add a relish tray of pickled vegetables and a baked potato, and you’re set.

Barbecue ribs are one of the few dishes with quintessential regional variations, all worthy of a taste. North Carolina offers a vinegar-based sauce with plenty of kick. South Carolina prefers mustard in their version.

Kansas City is probably the most familiar with its tomato-based sauces that are the perfect combination of sweetness and spice. Texas does it large with mop sauces slathered on the ribs. For something completely different, there is the Alabama white BBQ sauce with mayonnaise as its base.

Nothing says tailgating like a basket of spicy buffalo wings, complete with either blue cheese or ranch dressing and celery. It gets its name from the city in New York that is the reputed birthplace of this happy hour favorite.

Deep-fried is the traditional cooking method, using the trimmed flats and drummies of chicken wings. The pepper-based sauce comes next, typically mixed with melted butter—and plenty of napkins!

Few western dishes are the subject of such hot debate and secret recipes as chili. You’ll find vegetarian and loaded meat versions. Some have beans, while others don’t. The heat runs the gamut from mild to firehouse-hot. Probably no other western food has as many contests for the best recipe.

You can get chili with beef or chicken. Chili Verde is on the menu, too, with green tomatillos providing the flavor. Toppings are in order with sour cream, chopped onions, and shredded cheese leading the list.

Few dishes have such a strong association with comfort and family dinners as meatloaf. Surprisingly, it’s actually more of a global food with variations in such diverse cuisines as Turkish to British to South African.

Like chicken wings, meatloaf started as food made from a lesser cut of meat. You’ll find it both with a tomato-based sauce or a brown gravy. Mashed potatoes and a vegetable are typical side dishes. You’ll see variations with beef alone or mixed with pork and veal.

We hope you left room for dessert because nothing tastes better than a slice of warm apple pie, straight from the oven with a dollop of vanilla ice cream. Of all the dishes we discussed, this one probably has the most recognizable identity with western life.

Apple pie is also a symbol of the American way and its people. Politics and marketing aside, we love it for its rich fruit flavor and association with everyone’s favorite person, Mom.

A lot of the food culture in this part of the world is about comfort and traditions. They bring people together with their shared thoughts and collective memories of home, family, and friends. It’s no wonder why they rank so high on everyone’s list of favorite foods. It also helps that all of them are so delicious, no matter whose secret recipe you’re making. 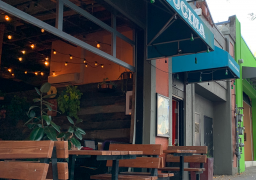 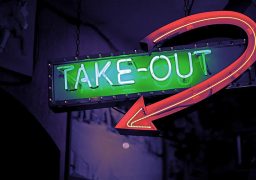 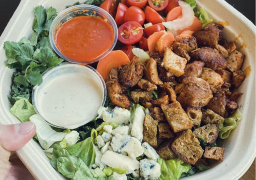 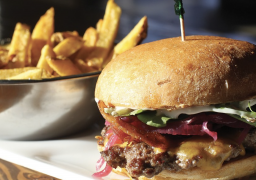 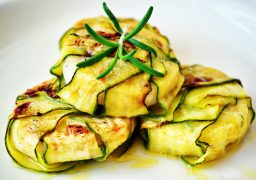 Slashing carbs from your diet can often leave you feeling deprived of some of your favorite foods. Carbs are also a great way to get the energy needed for your active lifestyle. Healthy carbs can give you good energy, some have reported that on no carb or low carb diets they lost some of their energy. New diets like keto Continue Reading