This blog entry is the first in an ongoing series of conversations we’re having with Portland Chefs.  The Where to Eat Guide is grateful and excited to share our recent visit with Executive Chef Dolan Lane of Meriwether’s Restaurant and Skyline Farm in Northwest Portland.  He recently assumed command after many successful and critically-acclaimed years at Bluehour in the Pearl District.  We visited in the sunken patio, one of Meriwether’s three spectacular all-season garden spaces (complete with bubbling fountain and hummingbirds) to learn about Chef Lane’s unique approach to cuisine and his vision for the future.

Chef Lane brings 23 years of experience to his new role at Meriwether’s.  After studying at California Culinary Academy in San Francisco, he sold produce at Pike Place Market in Seattle and worked for Holland America’s Windstar Fleet. He seized the opportunity to pursue his passion for culinary excellence while travelling to exotic locations including the Caribbean, the western coast of Italy, Corsica and Monte Carlo. Later, he orchestrated the kitchens at both Clarklewis and Bluehour as Executive Chef.

The farm-to-table movement and focus on locally-sourced ingredients has shaped not only menu design but the entire dining experience for many of our favorite restaurants in Portland.  A key distinctive difference of Meriwether’s Restaurant is the fact that owners John and Renee Orlando maintain their own 18-acre farm just twelve miles from the restaurant.  According to Chef Lane, “One of the biggest draws to Meriwether’s for me is being able to work so closely with our own Skyline Farm farmers and have a hand in not only what’s grown but also how much is grown.  In the Cascade region, we do a great job of growing a lot of different products locally, but this is a chance to grow some really unique items ourselves.” Unprecedented and uninhibited access to Skyline Farm is also a major source of his creativity. Conversations with Skyline Farm manager, Caitlin Blood, about menu planning and what products might soon become available for harvest ignite his passion and spark new opportunities for amazing creations presented by  Meriwether’s kitchen.

Chef Lane spends most of his time outside of work with his wife and three children and enjoys any occasion to travel throughout Oregon.  He proclaimed, “I love hanging out in rural areas, outside the inner workings of Portland,” which clearly conveys his appreciation for our spectacular geographic landscape.  Specifically, he looks forward to trips to the coast, Hood River, and Willamette Valley wine country.  When asked about his favorite Oregon vineyards and wineries, Chef Lane immediately sang the praises of his friends at Sokol Blosser, describing a recent event in which they collaborated on a “wine cruise” experience in Italy.  The value Chef Lane places on his relationships with peers and colleagues in his industry is unmistakable.

What can a Meriwether’s guest expect to see on the menu as the weather in Portland transitions from summer to fall?  Chef Lane is excited to incorporate ingredients such as late harvest squash, pears, peppers, corn, and tomatoes to make the most of the last remaining sunny days.  We hope you’ll join us in wishing Chef Lane the very best in his new role and wholeheartedly recommending the Meriwether’s dining experience to others.

As co-creator and producer of the Sizzle & Buzz video series, Collin leads the company's video production team. He also edits the Where To Eat Guide blog and offers concierge services in all markets. In addition to his work with Where To Eat Guide, Collin also works for Rogue Rovers as Director of Marketing. With a background in event management, hospitality and sales for companies including Nordstrom, Oakley and Nike, Collin brings over a decade of experience to the company. Collin is an avid skier and attended Southern Oregon University and University of Denver.

View all posts by: Collin Krum 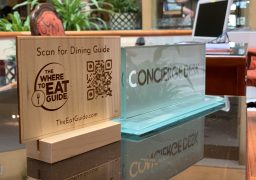 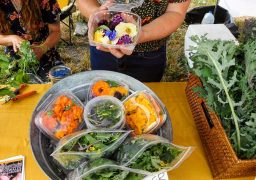 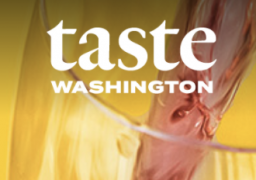